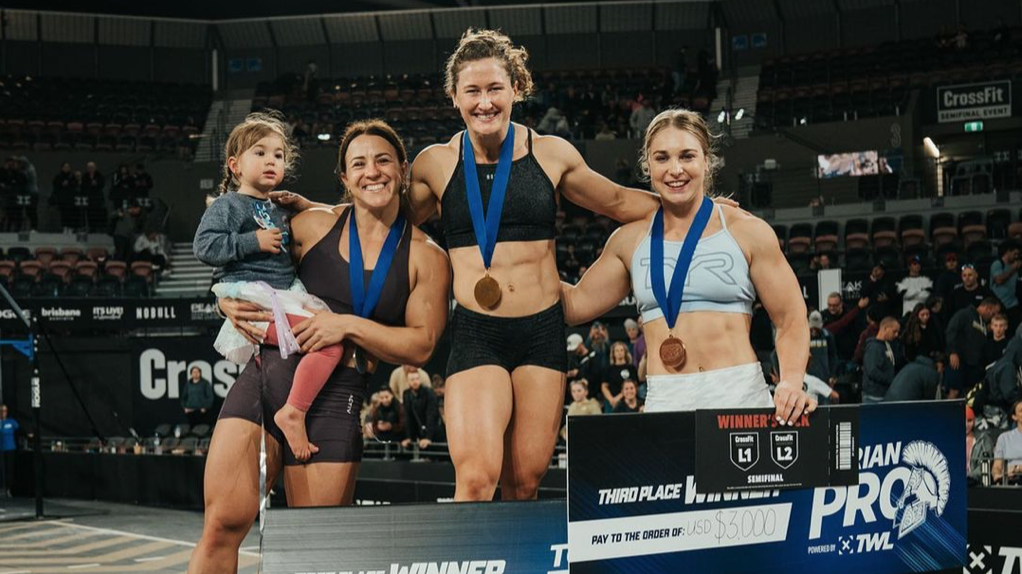 The G.O.A.T.’s homecoming went according as planned and then some as five-time reigning and defending “Fittest Woman on Earth” Tia-Clair Toomey continued her path to CrossFit immortality. The Australian won the Torian Pro Semifinal in a way never seen on Sunday in front of a sold-out crowd at Pat Rafter Arena.

On the men’s side Jay Crouch laid claim as the king of the Oceania region, out-lasting a talented field of contenders. CrossFit Urban Energy capped off an impressive weekend with the team title. Here are four takeaways from the final day of competition.

1. History Made in Dominating Fashion

Much has been said about Toomey’s title reign and her chase for her record sixth Games championship; every time she steps on the floor it appears she breaks or sets a new record. Torian Pro was no different as she became the first athlete ever to win every event in a Semifinal.

She also became the first athlete to win two different Semifinals, adding the Torian Pro to her Mid-Atlantic CrossFit Challenge title from last year. Toomey was in a class of her own as she won workouts not by a matter of seconds but minutes. She wasn’t challenged until the final workout where she finally throttled down to enjoy the moment as she crossed the finish-line.

Her 40-point victory over Kara Saunders, who many consider the second-best CrossFitter this season, was never in doubt. She has now won 14-straight live competitions with the last time she has failed to stand atop a podium being the 2017 Pacific Regional, where Saunders defeated her by 10 points.

Now Toomey has over two months to prepare for the Games and continue her run of greatness, that’s a scary thing for the women’s division.

Bayden Brown’s semifinal experience has been quite the adventure, filled with ups and downs. With a deep field and only three Games spots, the Aussie could ill-afford to have too many slip-ups. Unfortunately he had a huge one on day 1 after starting the competition with an impressive win in the opening event. His 20th place in the “2014 Regional Event 5” had haunted him through the first two days of competition.

He entered the final day of competition in fifth place, 15 points behind young Kiwi Bayley Martin who was in the third and final Games spot. The 27-year old dad of three (with another on the way), had nothing to lose on the final day and used that “dad strength” to propel him to two runner-up finishes.

Heading into the final event he jumped two spots into the coveted Games spot by just 11 points over defending Torian champion Royce Dunne. In the final, he hit a homerun as he secured the Games invite with the second place finish just behind Jake Douglas.

Brown will now travel back to Madison, WI for the third time and compete in the Games for the fourth-straight year.

Ellie Turner came into the final day with just a four-point lead over perennial Games athlete and podium contender Jamie Simmonds for the final Games spot. For Turner to make a return to the Games and prove that her trip there last year was not a by-product of the absence of Toomey and Simmonds she needed to finish ahead of Simmonds and Games veteran Madeline Sturt.

A pair of top-5 finishes on the final day was all she needed as Simmonds recorded a sixth place and a tough 12 place finish in the final event. Sturt made a late charge and actually beat Turner in both of the day’s events with fourth and third place finishes respectively.

Turner’s finishes were just enough as she edged out Sturt by just four points, punching her ticket to Madison once again and this time without any question if she deserved it or not.

The Last Chance Qualifier athletes from Oceania will be among the favorites to battle for the remaining two Games spots in each division.

As mentioned before, Simmonds and Sturt will be considered among the early favorites with their Games experience and history of competing in online competitions. Simmonds is just three years removed from a third place finish at the 2019 Games and Sturt finished third in the LCQ last year.

Bailey Rogers secured the third and final spot for the LCQ from the Semifinal with her sixth place finish. The Kiwi competed at the Games in 2017 on a team and had a solid Open and Quarterfinal season.

On the men’s side Dunne will be considered a favorite for the men’s LCQ Games spot, the four-time Games athlete finished 16th at the Games last year. Douglas finished fifth and the LCQ will be the furthest stage the 31-year old Kiwi has ever advanced. In 2018 he competed at the Pacific Regional on a team that finished 22nd.

The youngster Martin locked in the final LCQ spot, finishing 6th. The Kiwi has a lot of potential and a bright future in the sport as he showed during the first two days of the Torian. 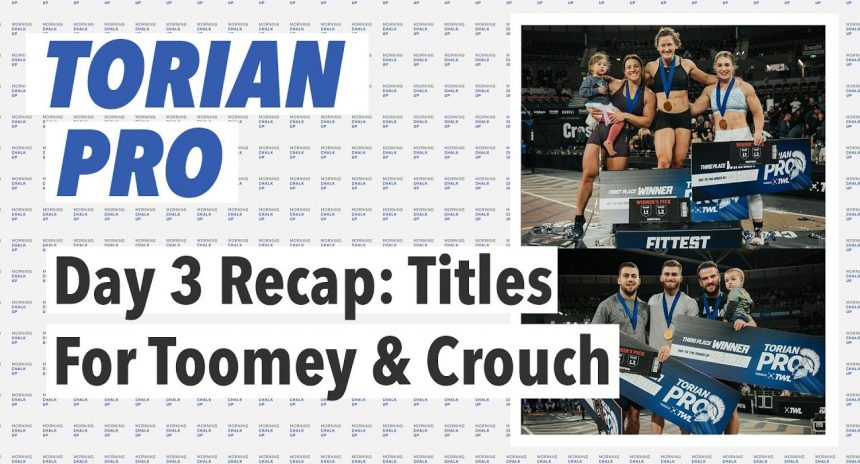 May 21 by Patrick Clark
Your Coffee is ready.