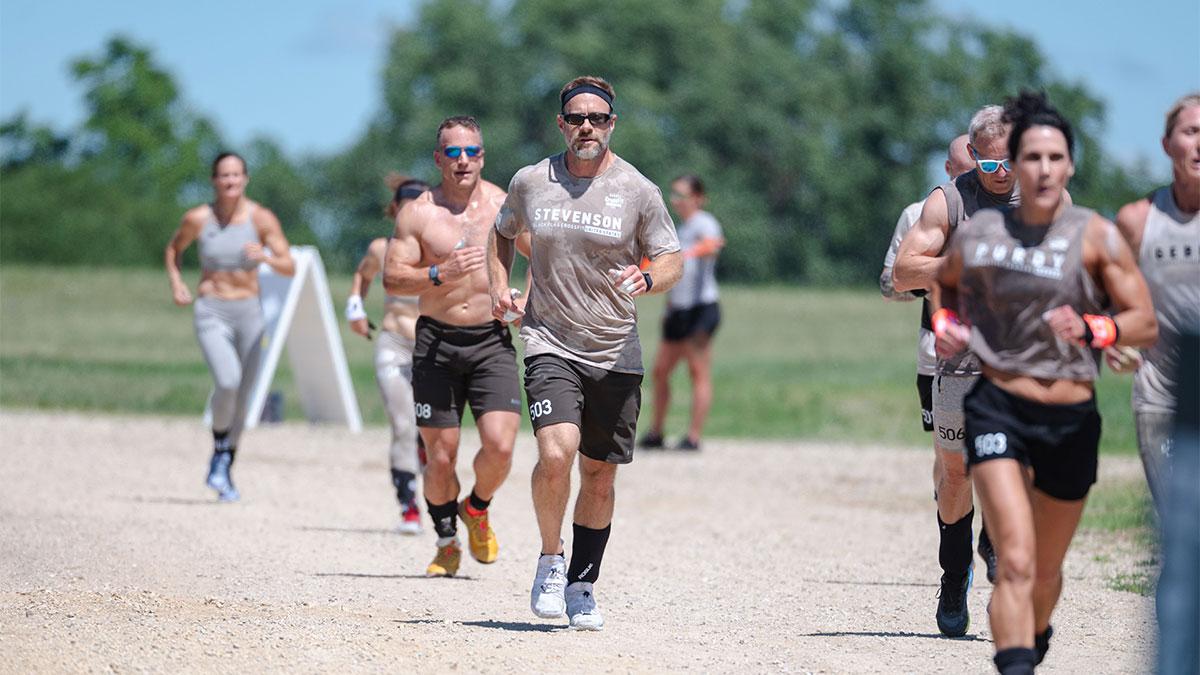 Around 3pm on the first day of competition at the 2022 NOBULL CrossFit Games, Master’s athlete Dave Rempel’s rookie appearance would take a dramatic turn.

He has just completed the second event of the day and following opening ceremonies, he began warming up to take the field again.

“I felt a little bit off, I thought ‘Maybe my lunch isn’t sitting very well.’ So I took it easy and had a couple of recovery drinks, trying to get some water and electrolytes in me. That run and rope climb workout was pretty demanding, it took a toll on me for sure. I grabbed my rope and was heading over to an air bike to warm up a little bit because there were double-unders in the next event, and on the way over there, it fell out of my hand,” he said.

“I was like ‘How did I drop my rope?’. And then it happened again. As I turned around, I stubbed my foot on a mat in the athlete area and stumbled a little bit. One of my competitors, Richard (Stevenson) who was right there, saw it and grabbed me and quickly sat me down on a box that was available.”

Rempel’s coach since 2016 and owner of CrossFit VO2 Max, Ernie Stewart, knew something was off immediately as he approached the 51-year-old athlete regrouping on the box.

“(When) I went up there I could see one side of his body was completely limp. And I remember looking at the other guys and it’s like we all just knew, or at least I was thinking it anyway, it was a shock that oh my, he’s having a stroke,” Stewart said.

“So immediately we went and grabbed the medics and they were amazing. They came over right away, they were very reactive and they had a very calm presence to them. I was a little shaken up because I’d never really experienced this kind of thing before and I wanted to make sure ‘you guys know he’s having a stroke right? Have you called the ambulance?’”.

Within a few minutes, Rempel was in emergency transport on his way to St. Mary’s Hospital – Madison, where the hospital administrator had actually been spectating at the CrossFit Games in person earlier that day.

“Dave arrived with severe stroke symptoms. He had difficulty moving the left side of his body, (and) a CT scan showed that he had a blockage involving one of the major arteries in his brain,” Dr. Alex Witek, MD, Neurosurgery Specialist, said.

A clot-busting medication called tenecteplase was given through an IV, followed by a mechanical thrombectomy procedure, where a catheter is inserted through the groin, navigated through the arteries into the brain, and used to remove the blood clot that is causing the blockage.

“The nurses were saying that’s the fastest Dr. Witek has ever done that surgery in that hospital. I think 17-minutes is the figure I heard from the time of the incident, 3:05pm in the athlete warm-up area, to the time I was in surgery. It came together and aligned so quickly — everyone doing their part and it happened very, very quickly,” Rempel said.

He continued: “They told me afterward that it’s very important for a stroke victim to have a reaction quickly and get the clot cleared in the brain…because you can suffer long-term damage from that. I was very fortunate to have everyone on task, doing their job very well, and I was the benefactor of that.”

Several nurses and medical staff commented on how Rempel’s health, being one of the fittest 50-54 year-old men in the world, played a significant role in the positive outcome, and that they don’t often get the opportunity to work with such healthy individuals in the same unit that treats stroke victims.

“They said, ‘We’re well aware, these athletes, if you’re going to make it there, you’ve very on point with looking after yourself and your body and your health are a high priority.’ So they really wanted to do their utmost best to get me back to baseline again and to a place where I can be fully recovered and compete again,” Rempel said.

As explained in the CrossFit Level 1 Seminar and CrossFit Journal, this serves as a prime example of the Sickness-Wellness-Fitness Continuum in action. In short, the healthier you are at baseline, the more prepared your body is to combat illness, injury or trauma.

“His age and physical fitness greatly improved his odds of a good outcome. He is fortunate that he ended up having a relatively small stroke after the blood flow was restored, and he is on his way to a complete recovery,” Dr. Witek said. “Unfortunately, older and sicker patients can have a difficult time recovering from a stroke of similar size. The key to success in this case was timely recognition of stroke symptoms and rapid transport to the hospital.”

While the quick action of medical staff potentially led to saving Dave’s life, at the time, the competitor thought the reaction seemed a little excessive.

The Games athlete and his wife stayed a couple of extra days in Madison to ensure all was well before making the trip home to Canada, and CrossFit, LLC even helped them extend their hotel stay to alleviate stress. Rempel is now working closely with a doctor at home and his coach to move forward with caution, and a hunger to finish out what he started.

“There were some events coming up that I was really looking forward to and was really excited about, (and) I want to tackle those in a competitive environment. I’m sure over the next month as I get back into training and fully recovered and back at it, my coach will have me simulate and go through at least one or more of those events. But it’s different on game day when you have a competitive field around you,” Rempel said.

During hospital studies, it was discovered that Rempel does have AFib, a fast and irregular heartbeat which can be common among endurance athletes.

“The stroke was caused by an irregular heart rhythm called atrial fibrillation. When the heart doesn’t beat regularly, blood clots can form and travel to the brain, where they can block blood flow resulting in a stroke,” Dr. Witek said.

Rempel, who’s been CrossFitting since 2011, has demonstrated a new level of mental fortitude.

“Going from world class athlete pushing to win the Games, to stroke victim, and now recovering so quickly and having nearly full function again. It says a lot about his belief and his strength as a person overall,” Stewart said.

The CrossFit community has shown up in big ways for Rempel and his family, even offering to cut their grass at home, or do anything they can to make their lives easier as he navigates this recovery process.

“We are overwhelmed by the amount of people reaching out. Friends, family, strangers and acquaintances, people I’ve never really even spoken to. Social media is powerful that way and I’ve had a lot of reach outs from the CrossFit community and our local gym community,” Rempel said.

In a very eventful preliminary experience, this is the first CrossFit event Nicky Rempel, Dave’s wife, has been to.

“Before we went, I told her, ‘You’re going to meet some amazing people here.’ I wasn’t planning on creating such a big ordeal for her to meet new people,” Rempel said.

And, the people are really what have made the experience a positive one for Rempel and his family.

“That’s kind of a life lesson; we’re out and about doing our thing and so busy doing stuff, there’s lots of great people around us and it’s easy to not take the time to say ‘thank you’ or appreciate their presence,” he said. “People are generally good, I’ve had so many people reach out and want to help. …that just shows what’s in people’s hearts and we’re seeing this throughout the community.”

As for seeing the rookie back on the competition floor next year? Rempel said, “I feel like I have unfinished business.” 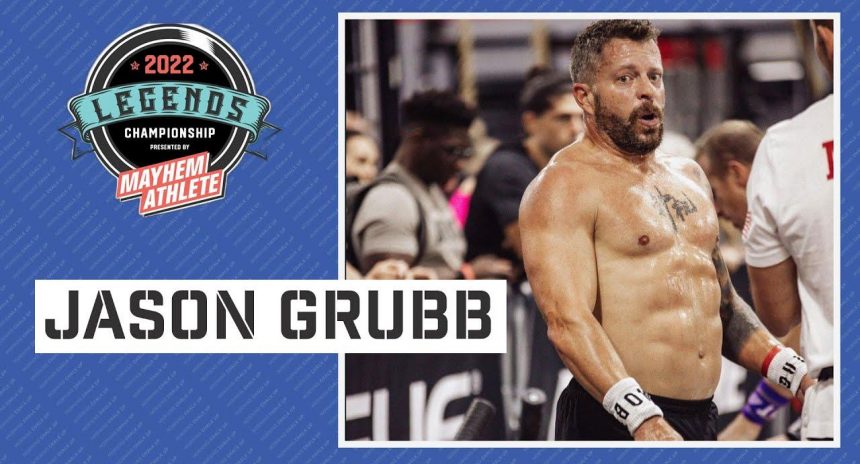