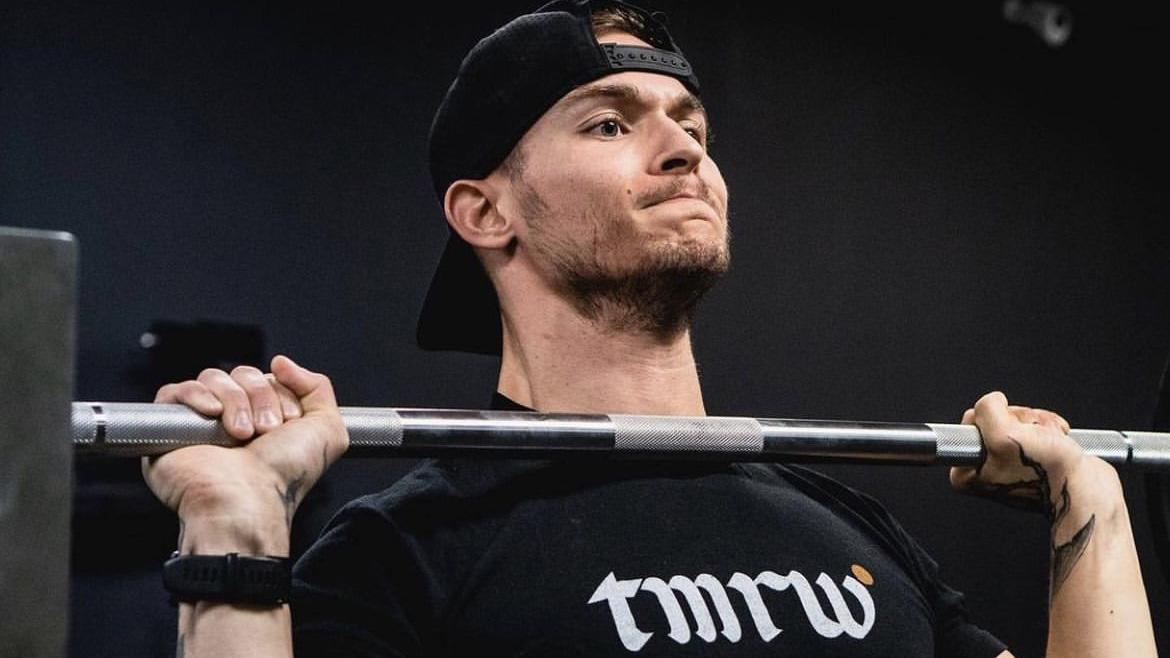 One of the things we admire most about CrossFit is it’s inclusivity; all are welcome to push themselves within our community regardless of age, sexual orientation, gender, background, or even mental health status. September is National Suicide Prevention Awareness Month, and even if you’re not struggling, perhaps your coach, training partner or fellow classmate is.

Rob Aronofsky, who now coaches at Rockingham CrossFit, has struggled internally for years, and his challenges were exacerbated by working in a negative environment (being a correctional officer), and feeling like his masculine identity wasn’t allowed to express a need for help.

“I definitely grew up and was very much the stereotype of the male who does not talk about his feelings and does not show emotion,” Aronofsky said. “…I started drinking and doing drugs to numb myself, and that led to me starting to have anxiety attacks and things like that. And then ultimately, I kept not getting help and really started to spiral out of control.”

On September 15, 2019, Aronofsky attempted suicide and in retrospect, he says “it forced me, it forced that stereotypical male, to get the help that I so desperately needed.”

“So now, I don’t stop talking about mental health,” he continued. “Whereas before, even up until September 14, 2019, those words just never came out of my mouth, and it’s so scary. But then once you actually ask for help and get it, you’re like, ‘it really wasn’t that bad’. Or when you find the right therapist, because it is kind of like dating — sometimes you have to find the right therapist who gets you and works with you.”

In the time since his cry for help, Aronofsky has become an advocate for mental health and making conversations about it approachable via his TikTok (with 130k followers/3M views), and believes asking the hard questions is part of how we, as a society, make progress.

“We need to, as a community of people, be comfortable having very uncomfortable conversations. And that’s not easy, right? But for me now, if you came to me and you said, ‘Hey, Rob, I’m struggling’, one of the first questions out of my mouth would be, ‘Are you suicidal?’. Whereas for 99% of the population of people, that would be so taboo to have those words come out of their mouth because they are the person trying to help. They’re not ready for that answer when the person says yes,” Aronofsky said. “I think the best response in that moment and what I would want is someone to say is, ‘Okay, I hear what you’re saying. How can I best support you right now?’ Right? Because you might not know what it’s like, whatever my trauma is, whatever I’m experiencing…but if we open the door and at least say, ‘Hey, what can I do to best support you right now?’.

Similarly to this approach, the TMRW Project seeks to generate suicide prevention awareness by prompting hard conversations and normalizing seeking help via apparel designs and in-person CrossFit competitions that directly impact fundraising efforts. The organization makes a monthly donation to Mission 22, which aids in therapy costs and other calls-to-action to get help to those who need it. Since its inception, TMRW Project has raised approximately 30k.

Founded by Dave Baillie in early 2020 after his brother, Jamie, tragically took his own life, the Cincinnati-based company strives to encourage individuals to “live for tomorrow.” Co-founder Alex Sroka is a content creator and was drawn to the foundation after seeing a need for bringing the vision to life.

“I think there’s a lot of people that probably operate the way I do, which is to kind of push it down and not talk about it. And it just compounds itself at that point, that anxiety and stress and things just become almost insurmountable at that point. So I think for me, obviously I love content creation, but that’s the smallest piece of this pie for me. What can I do to help reach people further that brand and get people talking about it? I’m really drawn to it on a personal level because I think it’s opened up my own eyes to the fact that it’s a more widespread issue than we think,” Sroka said.

“I think specifically men in general are likely a lot more reserved when it comes to talking about these things. I think that it signaled that we’re weak because we’re not men and we can’t bear all this and that’s just not accurate. We all need to be talking about it, men and women. And so this opened my eyes to the fact that as a man I think I can make a difference amongst not only anybody but maybe specifically more men who struggle to kind of find that vulnerable place.”

Mental performance coach Lauren Tait helps guide primarily athletes on expressing vulnerability, whether it’s to gain an edge in their craft or to address current obstacles.

“It’s people that the second that they feel sad or they feel angry or they don’t feel like they fit in or that they’re not good enough, they automatically think something’s bad and something’s wrong with them. And in our world, we teach a lot of people that if you can’t fix it on your own right away… that nothing’s going to change, and you’re not going to be able to get through it and just figure it out on your own. We’ve kind of lost the art of natural human connection, and a lot of people don’t know how to communicate anymore, and honestly, it’s not their fault,” Tait said. “And that’s the thing as a coach in this world, a lot of people hire me to make them better free throw shooters or better quarterbacks, and I teach them how to have better eye contact and not fidget when they speak to me and tell me how you’re feeling.”

And, it can be a powerful reminder to acknowledge that tough times are normal and expected, and learning to cope with and move through them is key.

“I think that we as a population, we have to normalize the bad part — you’re going to have some pretty shitty days and those are still days where a lot of opportunities lie, but society kind of makes us feel like if you have a bad day, you’re not going to be able to make it out alive. And then unfortunately, people take their lives because of one bad day or a string of bad days because we just don’t have the tools, which is really unfortunate. But sometimes, I don’t think it’s people’s fault they haven’t been exposed to the tools (available).”

Creating more regular conversations around mental health is a crucial component of addressing this epidemic, along with sharing resources, offering support and asking direct questions. Additionally, pouring into your own fulfillment (and encouraging others to do the same), can help hedge your bets toward a positive frame of mind.

“We have to start doing more of what makes us feel whole as a human. Anytime you give back your time or you donate your time…like some of the best times I’ve had are being a judge at a competition (because) you get to see so many people do so many cool things. It’s so rewarding that you get out of your own head, and like you’re living for something bigger than yourself. And I think that that’s just a good reminder for some people,” Tait said.

That said, please reach out for help if you or someone you know is struggling or experiencing a crisis. Call or text 988 or chat 988lifeline.org to reach the Suicide and Crisis Lifeline.

“The saying about suicide is that it’s a permanent solution to a temporary problem — you’ve probably heard that. But really, when you break it down and you start thinking about it, no matter what you’re going through, and I’ve learned this post-therapy and everything like that, we all have stuff, we all go through things, we all experience tragedy. The good times are temporary, right? And the bad times are temporary…but I can tell you from someone who was 2 seconds away (from losing his life), to where I’m at now, my life is a million times better,” Aronofsky said. “Sure, it might be very challenging and it might not happen overnight, and it might take a lot of work and a lot of therapy, and a lot of things might have to happen for you to get there. But we’ve only got one chance at this life, and it’s definitely worth living, I can tell you that.” 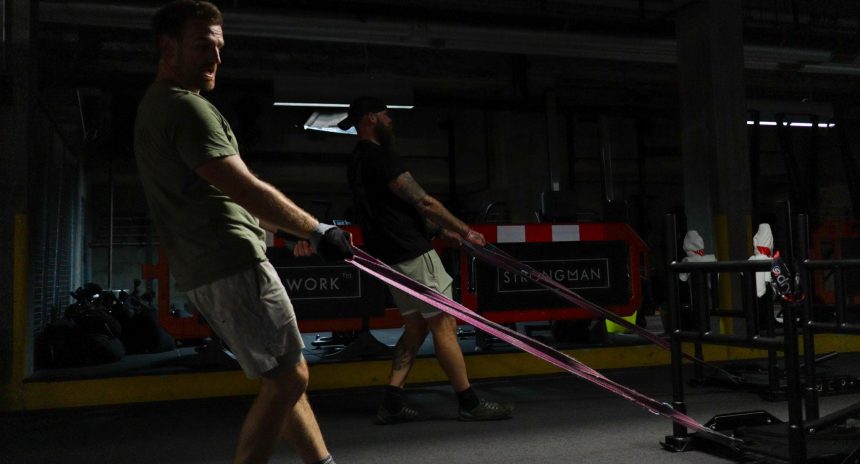 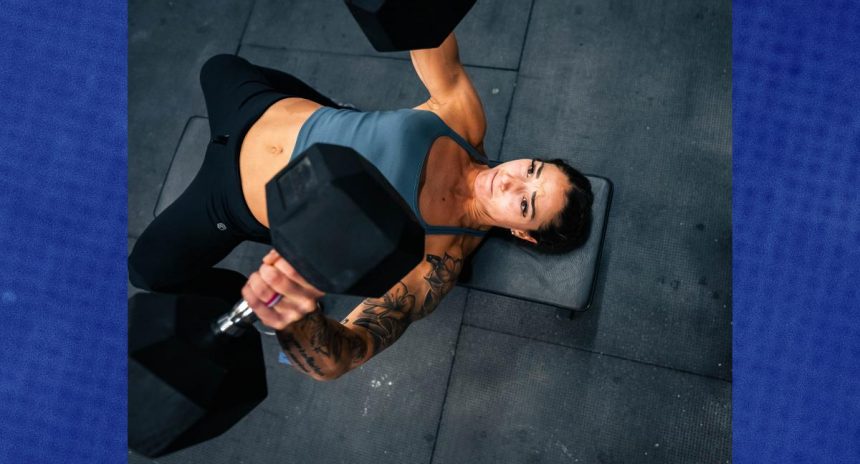 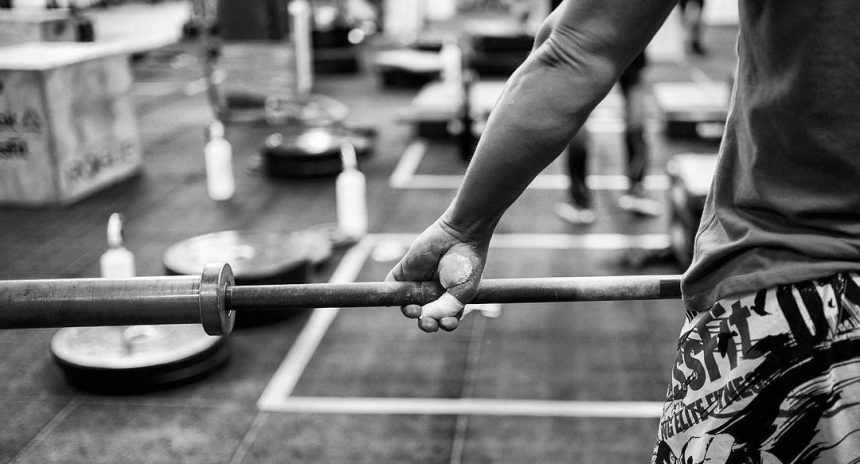