Down 100 Pounds and Diabetes Free, Now He Leans on CrossFit After a Crash 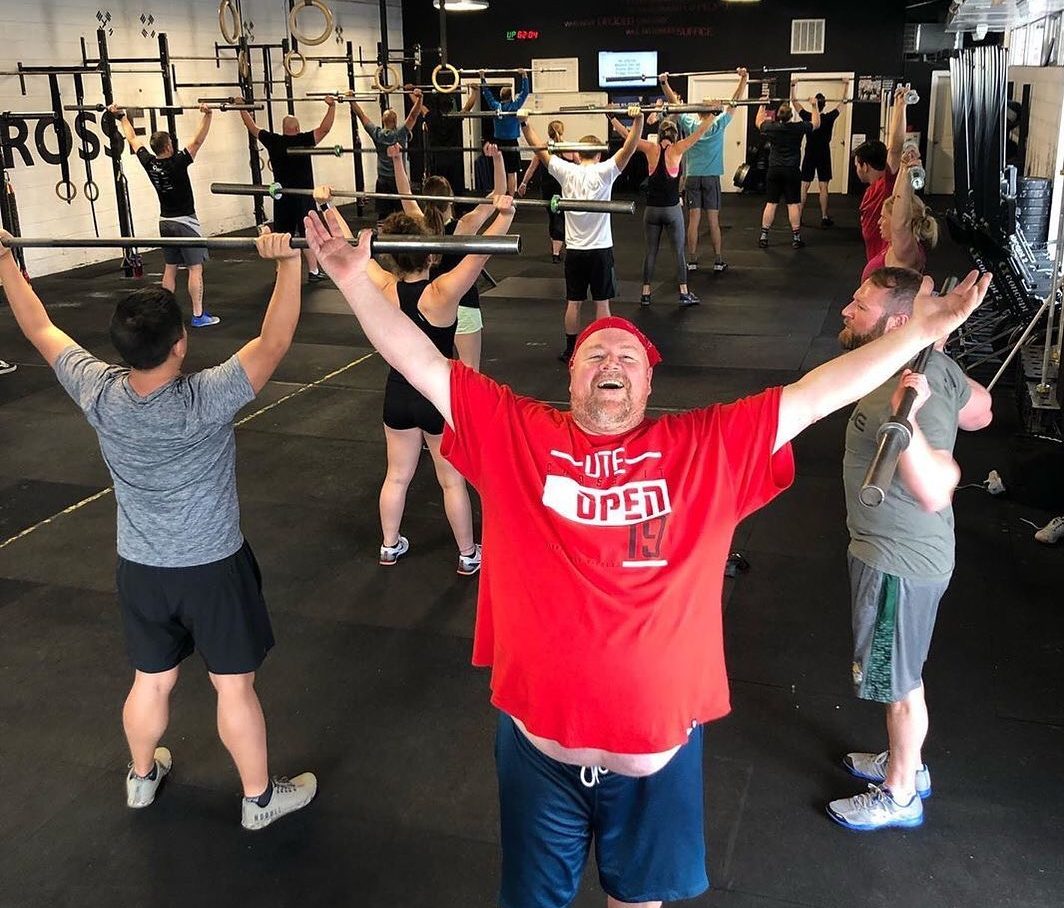 Tony Griffiths first walked through the doors of Ute CrossFit in Salt Lake City, UT on May 14, 2018. When he walked in for his “No Sweat Consult” he needed to take a seat and catch his breath before even starting. Griffiths confessed later that he had headed over to Ute CrossFit three previous times before finally getting the courage to come in.

Griffiths weighed almost 400 pounds, had only 32% of his oxygen available, had Type 2 diabetes that was being treated with both medication and an insulin shot, couldn’t walk more than 20 feet without getting winded, and was always depressed with low self-esteem.

“When I first saw him I knew group classes weren’t going to be an option for him. We went on to the office and began his consult. I always begin with ‘What brought you in today?’ After a long silence, he shared with me that he didn’t want to die. In that moment I decided I would personally train him,” said Brittany Perkins, who co-owns Ute CrossFit with her husband and Tommy Hackenbruck.

Perkins had Tony come in four days a week. For the first few weeks, she had him working in short bursts with lots of rest built in. After a few weeks of showing up for his sessions with Brittany, Tony was already experiencing milestones like finally being able to strap himself into the rower and grab the handle himself.

“It was all so hard at first, all of it. She was never embarrassed or anything she just had me do the best I could. I didn’t like any of it, none of it. There was nothing that I liked at all. I just kept going,” Griffiths told Morning Chalk Up.

His plan to just keep showing up was working. Brittany no longer had to help him get his shoes on and tied, or help him up when he bench pressed. Soon, he started sharing how much easier it was to get in and out of the Budweiser semi-truck he drives for work. He began to go grocery shopping and make his own meals, no more trips to drive-thru restaurants for six to seven cheeseburgers at a time.

“All these things were great, but what I remember most was how much he smiled and chatted in our sessions. He was so much more fun to be around and easier to talk with,” Perkins told the Morning Chalk Up.

Tony is now down 100 pounds, has 96% of his oxygen available, doesn’t have to wear his C-Pap all night, no longer uses an insulin shot, has reduced his meds, and is no longer Type 2 Diabetic. He’s been able to join the group classes, can squat to full depth, can run and jump.

“I used to have a lot of confidence when I was younger. I lost that, but doing CrossFit gave me that confidence back. It changed the way I lived,” said Tony.

“I used to have a lot of confidence when I was younger. I lost that, but doing CrossFit gave me that confidence back. It changed the way I lived.”

But in early October, in that same Budweiser truck he was so proud of being able to get in and out of, Tony was hit by a driver who ran a red light. Upon impact, the axel of his semi was broken, causing a wheel to sheer off and running Tony’s truck into an embankment 32 feet below.

He suffered three broken vertebrae, a broken shoulder, and injuries to his head and knee. “Officers and doctors say he’s very fortunate to be alive and had he not been training the last year and a half, it could have been way worse. The nurses couldn’t believe how great his blood pressure is for him weighing just under 300 pounds,” Perkins told Morning Chalk Up.

Griffiths was moved into a rehabilitation center for ongoing physical therapy sessions, but was released after a short time because he was already recovering so well.

”If this had happened to me a year ago, a year and a half ago, I’d be dead,” Tony said. “CrossFit has helped me survive this accident.”

Tony said that the physical training sessions were easy because so much of what he was doing was similar to CrossFit. “I thought, oh well this is no problem,” said Tony.

“He is already crushing his PT sessions. His physical therapist said that his CrossFit training had him set up for success in his therapy. His PT mentioned several times that his prior training really had him set up to excel in therapy. Not only physically but mentally as well,” said Perkins.

Tony is home recovering, focusing on what he can do instead of what he can’t do. When asked what his first goal is now that he is home, he told Morning Chalk Up, “ To get back into the gym. I miss it there so much. I don’t want to have to start all over again, I’ve come so far.” 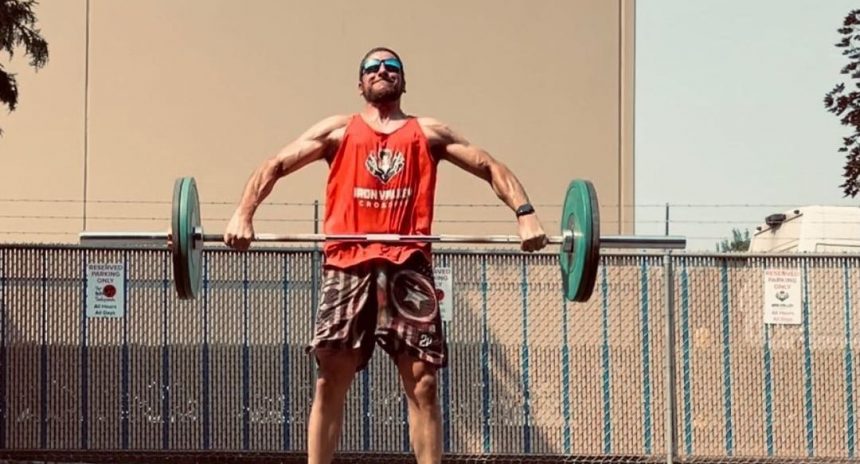 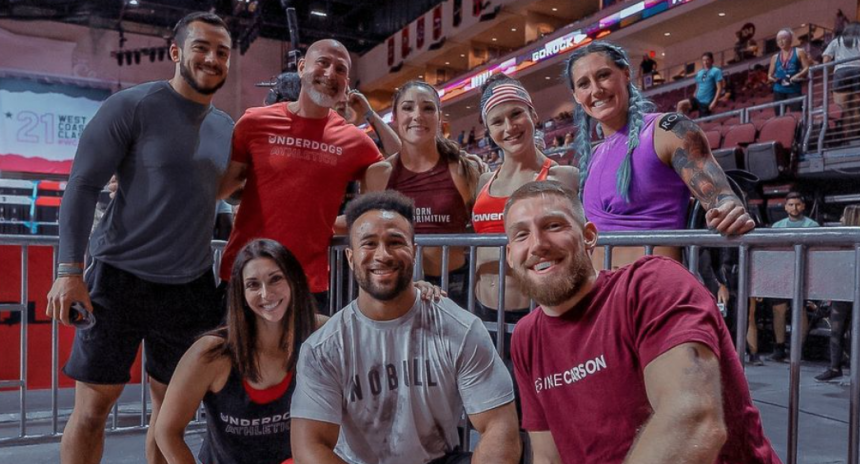