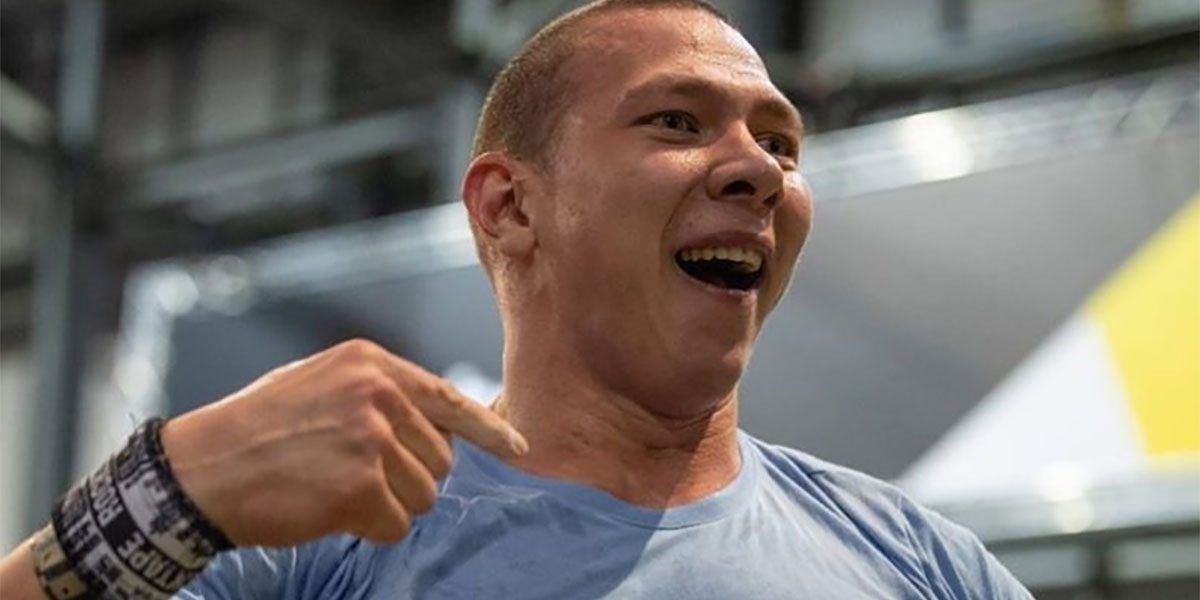 The final week of the CrossFit Semifinals kicked off on Friday, June 18, with three events — two virtual and one in-person. The CrossFit Asia Invitational featured several talented athletes fighting for only two spots per division at the 2021 NOBULL CrossFit Games. The Russian athletes entered the weekend as the favorites in all three divisions, and the first day came to a close with three sitting atop the men’s and women’s divisions.

One of the oldest athletes in the women’s division, Russia’s Svetlana Veselova turned in a very strong performance during the first day of the CrossFit Asia Invitational. She took third place in Friendly Fran with a time of 5:23 and then won Event 2 with a time of 12:26. Veselova holds the top spot heading into the second day of action.

Another athlete from the Russian Federation, Svetlana Kubyshkina started the CrossFit Asia Invitational with a win in Friendly Fran. She then locked up 188 points for the day with a fourth-place finish in Event 2, tying another athlete from the Russian Federation, Aizhan Zharasova. The 27-year-old also ended the day with 188 points after finishing Friendly Fran second and Event 2 in third.

The first athlete not from the Russian Federation ended the first day in fourth. Korean athlete Seungyeon Choi posted back-to-back fifth-place finishes during the first day of the virtual competition. She walked away with 168 points.

Entering the weekend’s competition, the expectation was that Roman Khrennikov would put on a show due to his history in the sport. The athlete from the Russian Federation did not take the top spot at the end of the first day, but he finished third overall with a fourth-place finish in Friendly Fran and third in Event 2.

The best performance actually came from another Russian Federation athlete, Alexsandar Ilin. The 31-year-old won both events on the first day of the CrossFit Asia Invitational, locking up 200 points and the top spot on the leaderboard. Stas Solodov performed at a similar level on the first day, taking second in both events and walking away with 192 points.

Three athletes from the Russian Federation held the top three spots on the leaderboard, but two other men made their presence known after the first day of the competition. Palestinian athlete Hamzeh Tarefi also scored 180 points on the first day, tying Khrennikov for third. He finished Friendly Fran with the third-fastest time (4:00) and then took fourth in Event 2.

The final athlete in the top five is Denis Samsonov. The 30-year-old from Kyrgyzstan posted top-10 finishes during the first day of competition and racked up 156 points. He is below the cutoff line, but he currently holds a spot in the Last Chance Qualifier.

The runner-up in the Team Quarterfinals in Asia, Kolesnikov Team entered the CrossFit Asia Invitational with an opportunity to make history while representing the Russian Federation. The team took positive steps toward achieving this goal by winning Event 1 and finishing second in Event 2. Kolesnikov Team ended the day with 195 points and the top spot on the leaderboard.

The winner of the Team Quarterfinals in Asia, Team Dubai entered the weekend as one of the favorites to reach the 2021 NOBULL CrossFit Games. The team started the competition on a high note, finishing third in Event 1 and winning Event 2 to score 190 points.

One of the underrated teams entering the CrossFit Asia Invitational, CrossFit Muharraq put themselves on the map early. The team captured second place in Event 1 and then finished fifth in Event 2. CrossFit Muharraq is currently below the cutline, but the team holds the first Last Chance Qualifier spot.

The final two teams in LCQ spots, MVMT Dubai and TERFIT, have some ground to make up before the end of the weekend. MVMT Dubai sits in fourth after posting top-five finishes in both events. However, the team is 30 points below the Kolesnikov Team. TERFIT sits in fifth with 150 points after taking ninth in Event 1 and then third in Event 2. The team is only 10 points ahead of WOD Friends (140).

What’s on tap for day two: The CrossFit Asia Invitational will continue with two more events for teams and individuals. The first will be a triplet consisting of muscle-ups, dumbbell front rack lunges, and double-unders. The only difference is that the individuals will do the muscle-ups first while the teams will complete them last.

Leaderboard after day one: