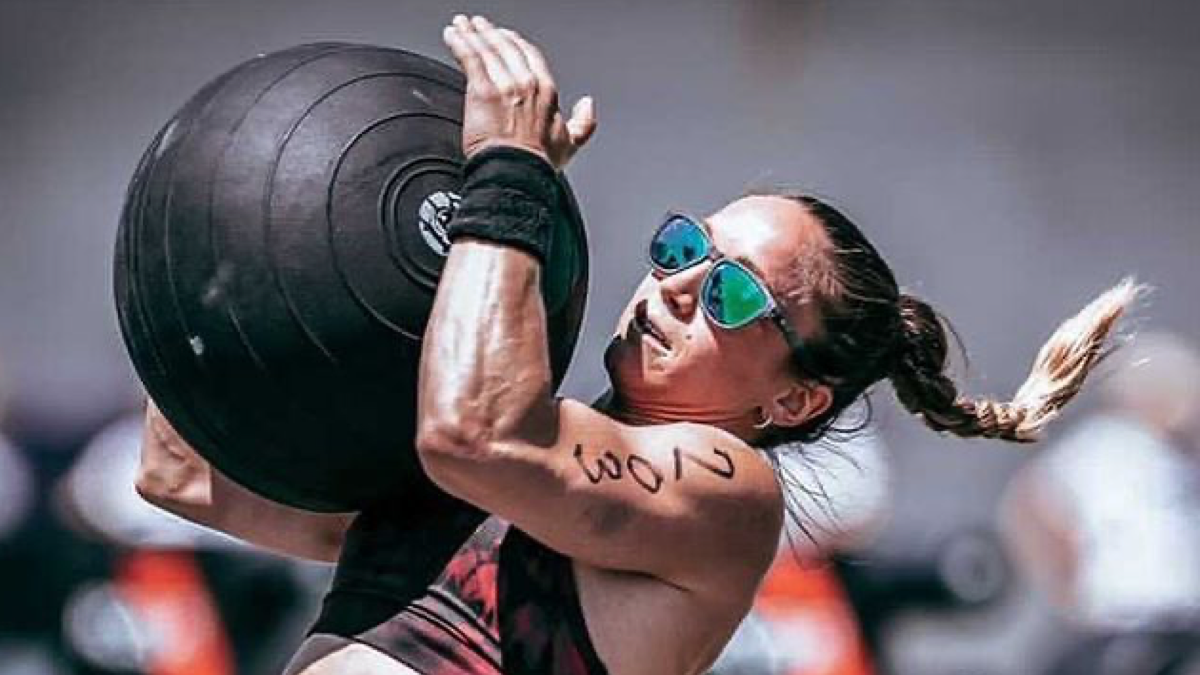 Semifinals have barely ended, and the newest iteration of the “Last Chance Qualifier” is right around the corner. From July 2 to July 4 thirty men and thirty-four women will have the opportunity to compete in one final qualifier event for the Games. However, there are only two spots in each division available, so get ready for perhaps the most competitive format yet.

How this draft works: Each one of our Morning Chalk Up analysts — Brian Friend, Tommy Marquez, and Patrick Clark — had the opportunity to “draft” two men (yesterday) and two women (today) who they believe have a good chance to secure a Games berth out of the Last Chance Qualifier in a snake draft style format.

Tommy: I deliberated with two possible picks here, but I’m not going to overthink it and end up with Darko Milicic (or Sam Bowie) and take Kristi Eramo O’Connell. Her track record as a perennial top 10 athlete at the Games stands as proof that her weekend in the Granite Games was more of an outlier centered around execution mistakes than anything else. Consider that in two virtual competitions this season she finished a career best fourth worldwide in the Open, and 10th in North America in the Quarterfinals, and I think she’ll be just fine in the LCQ. It is not insignificant that the Granite Games programming did not include a longer endurance type workout that Eramo O’Connell excels in to balance out the max lift event or sprint events. There was only one event that extended beyond the 10 minute mark for the entire field whereas there were three in the virtual Semifinal’s programming, two at the MACC, and 30 minute plus workouts at the WCC and Torian Pro. If there’s anything remotely close to the 18-20 minute mark for her to dig into in the LCQ, I think she’ll find herself in Madison in July.

Patrick: Tommy is drafting as if he had the second overall pick and not the first with those NBA references. He also went the safe route and went with a proven athlete. So I’m approaching my pick as the first overall and selecting a rising star in the sport. I’m going with an athlete who I have been expecting to make the Games since I saw her in person at the 2019 Mid-Atlantic CrossFit Challenge, Alexis Raptis. Back then, the 20-year old showed strength, gymnastics and athleticism that helped her to an eighth place finish in a Sanctional stacked with Games veterans.

What I saw in her performance at the West Coast Classic was a 22-year old woman who has worked tremendously hard to shore up her weaknesses, most notably her confidence. This season she has been spending more time in Georgia with Training Think Tank and taking that training up a notch. She is competing alongside and against the likes of Noah Ohlsen, Travis Mayer and Alessandra Pichelli on a daily basis. At her Semifinal, she had five, top-ten event finishes, including an event win in “Push-Pull 2.0”, beating eventual WCC champion Bethany Shadburne by nearly :20 seconds. If it wasn’t for her struggles in the final event, “Regional Closer 2015,” she would be making her third trip to the Games (she was a two-time teen division athlete, placing 2nd in the 16-17 division at the 2016 Games), her first as an individual competitor. She now knows she can compete and even beat the top women in a live setting, I believe she will take those lessons learned from Las Vegas and use them in the online LCQ.

Brian: With two picks at the turn I will be hedging my bets, but staying at the same table. First, I’ll take Fee Saghafi. And if there is not a one rep max test as part of the programming, I have full confidence she’ll be heading to Madison. In the Open she was 683rd on 21.4 after only accumulating a total of 266 points on the other three tests (and still managed an overall finish of 62nd place worldwide). Then, despite the four rep max front squat (her worst event finish in Quarterfinals) she still managed to finish sixth amongst women in North America. She was seventh at her Semifinal, 28 points behind the two women in 4th (Amandad Barnhart) and 5th (Jessica Griffith), and 26 points behind the woman in 6th (Christine Kolenbrander. This is despite having a 5th place event finish average on five of the six tests, but taking a 21st on the one rep max snatch. Should she be stronger? Probably. Will she go to the Games? Yes; if she can avoid a heavy test.

Brian: Next I’ll take a woman I just mentioned; Christine Kolenbrander, also from the MACC. And if there is a one rep max test I feel confident she will be going to the Games. If not for the unfortunate situation surrounding the displaced athlete clause which allowed Tia-Clair Toomey to compete in North America essentially removing one Games spot from the Semifinal she was sent to, Christine would already have a Games invite in her hand. Prior to that, in the season she was a very respectable 16th in the North American Quarterfinals, including finishing 3rd on the four rep max front squat. You might say she did not do very well in the Open where she placed 159th. But following dismal 675th place and 1028th place finishes on weeks one and two, she finished by taking 48th and 88th on the back to back tests in week three- tests which I consider more high skill and high demand; and therefore more apropos to what the LCQ ought to be testing.

Patrick: Brian really took advantage of the “Snake Draft” format with two solid picks. So far none of us have ventured outside the United States to scout that rich international talent pool. I’m always one to buck the trend and take some risks but to me this pick to me isn’t much of one considering she’s the best available European athlete in my mind, Karin Freyová. The 26-year old Slovak recovered from a tough start in the Lowlands Throwdown Semifinal where she placed 12th each of the first three tests before averaging a 5.3 placing in the final three tests. Her strong finish left her short of the Games invite but she ranks as one of the top LCQ athletes that participated in the virtual Semifinals.

The LCQ would just be another online competition that Freyová has gotten used to and has done well in. She placed 14th in the online stage of the Games last year after earning her invite from finishing second at the star-stacked field of the 2019 Dubai CrossFit Championship. This season she placed 32nd in the worldwide Open and then followed that with a 13th place in the European Quarterfinals. If there are workouts in the LCQ that feature a rower or fast, power-output, Freyová will do well in.

Tommy: My adversaries in this draft — and disc golf playing friends and constituents in real life — have done an admirable job so far, but their picks lack a certain “je ne sais quoi,” in bringing a degree of excellence to the table made possible only by the performing arts. To do so I will tap into the thespian pursuits with a well-abled quote by English playwright William Congreve as performed in his 17th century adaptation of The Mourning Bride:

In this instance, the CrossFitter is Emma Tall, and after much deliberation I cannot in good conscience select anyone else. Let us first ignore the debacle of the last two weeks and the fact that she more than proved herself to have the capacity of a Games caliber athlete during the German Throwdown, and upon further inspection Tall’s past performances stand…….elevated?

Back to back years she has finished in the top 50 worldwide, serving as a springboard for improved performance at the qualifying stages. Top 10 finishes at Strength in Depth and The French Throwdown in 2019 earned her a spot at the Games where she finished a respectable 31st place. Last season she took ninth at a loaded Dubai field before the season was cut short. This season she finished seventh overall in Quarterfinals in Europe, and 31st when comparing all athletes worldwide in the Quarterfinals in the Cross-Continental Comparison. When you filter out all the athletes that have already qualified or did not make the LCQ, you’re left with a select group of athletes in the top five that could take a spot: Fee Saghafi, Kristi Eramo O’Connell, Paige Semenza, Christine Kolenbrander, and Emma Tall. My other pick would have been Semenza, but unlike Mr. Friend and Mr. Clark — both of whom rooted for Iceland in D2: The Mighty Ducks, and Ivan Drago in Rocky IV — I love a comeback story and I always root for the underdog.

Big Picture: Similarly to the men’s draft, there’s a blend of experience and youth here. Once again a majority of the selections are from North America, but unlike in the men’s division, two Europeans were picked. European women have a historical propensity to do well at the Games, so don’t be surprised if they do happen to take both spots. Either way, with so many great athletes competing for only two positions, expect it to be extremely close, possibly coming down to one or two points.