Redemption and Recovery in Brazil 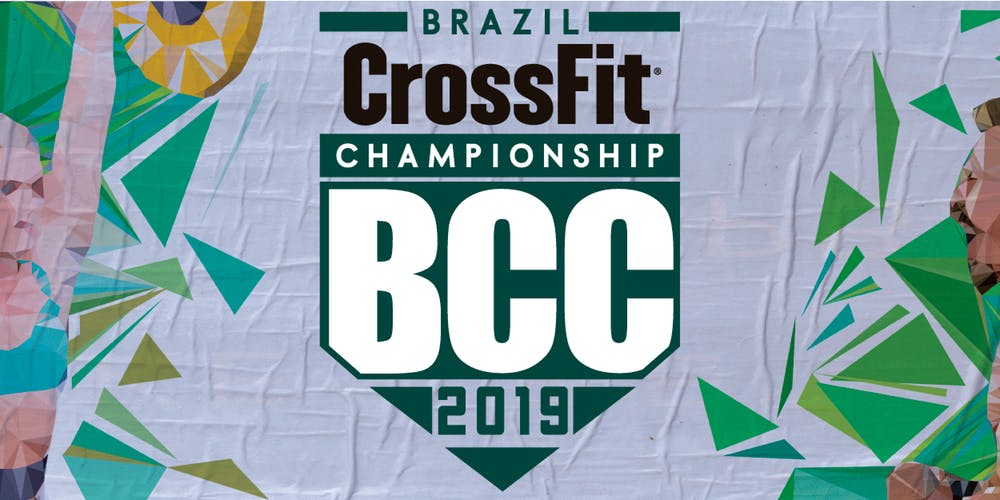 The busiest sanctioned event weekend of the season is on the horizon, with three competitions on tap for athletes and teams trying and lock down an invite to the 2019 CrossFit Games. Time is starting to run out, and after this weekend only three more Sanctionals remain on the calendar.

For a handful of athletes and teams descending on the Brazil CrossFit Championships, the competition floor at the Ibirapuera Gymnasium in Sao Paulo, Brazil presents an opportunity beyond the surface goal of earning a spot to Madison. It’s a chance to recoup past accomplishments, and rebuild careers that were derailed by injury, illness, and adversity.

Less than one month ago, things looked a lot different for the team from one of the most storied gyms in CrossFit Games history. Invictus X had just won the Mid-Atlantic CrossFit Challenge, beating out a talented MisFit team, and one of their team members, Chantelle Loehner, was in line to qualify through the Open for her first CrossFit Games as an individual.

Then it all came crashing down.

Loehner tested positive for PEDs, her spot to the Games gone pending a B sample test and, along with it, Invictus X’s invite from the MACC. Suddenly the team that finished second at the 2018 Reebok CrossFit Games was left scrambling for a backup plan.

The team set their sights on Brazil and added Hayley Murillo to the roster to replace Loehner. Murillo will also be looking for some redemption of her own after she was penalized on 19.3 during the video review process, knocking her out of a top 20 worldwide qualifying position, and prompting an emotional withdrawal from the Open on social media.

A win in Brazil for Invictus X would help ease the sting of the last four weeks, and bring some redemption in the form of another invite to the CrossFit Games.

Anderson and Moorad’s road to recovery

During the Reykjavik CrossFit Championship, we detailed Will Moorad’s comeback from kidney failure and a misdiagnosis to try and get back to the CrossFit Games. Moorad podiumed in Iceland but came up one spot short of receiving an invite.

The result brings Moorad down to Brazil where he’ll look to build on his back-to-back podiums in Iceland and at the MACC. Joining him on the quest to get back to the Games following some bumps in the road is ZA Anderson, the eldest of the Anderson brother trio and first to qualify for the CrossFit Games.

Anderson qualified for the Games in 2013 where he finished 10th and looked poised to build himself a considerable career in the sport. The following two seasons were marred by a back injury and a thoracic nerve palsy. After a brief comeback in 2016 that ended with a 12th place finish at Regionals, another setback came after he was rear ended in his car, leaving Anderson with herniated discs requiring surgery, and ending his 2017 run the day of the first Open announcement.

Last year, Anderson finished 27th at the Atlantic Regional and for the first time since he qualified for the Games he’s healthy enough to compete in consecutive seasons. Both Moorad and Anderson will be joined in Brazil by six other current or former individual Games athletes. If either manage to walk away with the invite it would be the longest span – six seasons for Anderson and five for Moorad – between individual appearances at the Games.

Alison Scudds Getting Back on Track

Not long ago Alison Scudds looked poised to take the next step as an athlete breaking through to the Games. Scudds had a career best 7th place finish at the 2017 Atlantic Regional – a finish that earned her a spot on the Demo Team at the Games – and followed that up with a career best finish in the Open in 2018 — 43rd.

The 2018 Atlantic Regional did not go as planned, and Scudds finished in 23rd place, her worst finish in three years as an individual. A year later, she’s headed to Brazil for her first sanctioned event, looking to recapture some momentum from 2017.

“(I) decided on Brazil mostly because of the timing of the event. (It) was enough time to reset and recharge training and mindset after the Open,” said Scudds, who also said on top of qualifying that her goal would be “really enjoying the experience of being back out on the competition floor and reigniting my love for competing.”

“(I) decided on Brazil mostly because of the timing of the event. (It) was enough time to reset and recharge training and mindset after the Open.” — Alison Scudds

Looking at the women’s field for Brazil there’s really only one obstacle in her way, Paige Semenza. Semenza is the only Games athlete in the field that doesn’t already have a spot locked up, and will be hoping to build off her 5th place finish at the MACC a month ago.

Event if Scudds doesn’t leave Sao Paulo with an invite, a strong performance could lay the groundwork for later in the season at the French Throwdown where she’s currently in position to earn a spot to following the online qualifier.