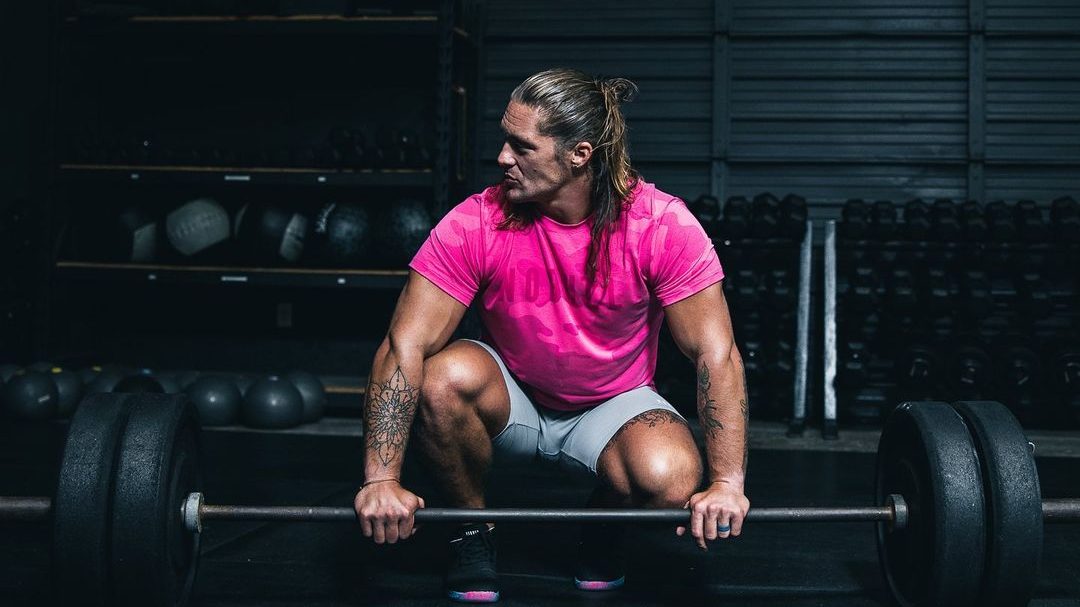 Sam Dancer is one of those athletes that you can’t miss. At 5’10”, around 225 pounds of muscle and freshly painted nails, when Dancer is on the competition floor – you know it – especially if the workout involves a heavy barbell. After competing at the CrossFit Games as both an Individual and on a team, Dancer is now looking to dabble in the Masters Division.

“I want to win the Masters division. I want to win a gold medal,” said the 34-year-old. “There’s a lot of things that have to happen before that so it’s kind of ignorant of me to just throw that out there because you have to qualify first.”

The last time we saw Dancer compete at the CrossFit Games was in 2019 when his team, Invictus X, took seventh. The year prior, they podiumed and took second. But after the 2019 Games, life shifted for Dancer as he and his wife Jen introduced their baby daughter, Star, into the world.

“I had a kid, the world shut down and I just wanted to take care of Jenny and I wanted to be there for Star. I wanted to fully be there for my child…she’s at an age now where she can do some things and I don’t feel as bad being away for a couple of hours a day now when I’m training.”

Dancer recently got his competition juices flowing again when he spontaneously joined team “Smith Bros” at Wodapalooza in Miami this past January. Although it was a bit of a last-minute decision, Dancer says it’s what he needed to jump-start his season.

“To be around that speed again was really helpful, it was a shock at first…I was caught off guard by how quickly everyone was moving, but it felt like exactly what I needed and it was kind of meant to happen to get more mentally and emotionally ready for what it’s really going to take for me to achieve the things I want this year.”

With individual and team Games experience under his belt, Dancer knows what it takes to be the best, but he admits that maybe he never fully went “all in” to be the best.

“I’m like man, have I ever really truly gone all-in and done literally everything that I can? I always felt like I did but I think there’s a little subconscious part of people that’s afraid to go all in and then fail.”

“When it comes to nutrition and just some of my recreational habits…over the years I’ve been a recreational cannabis user…After a tough week or day of training, I’d be like, ‘Dude my body hurts and I don’t want to shove a bunch of pills down my throat to feel better.’ I’d make up a reason or an excuse why I deserve to get stoned.”

Dancer plans to be in San Diego training at CrossFit Invictus until May and then return for a training camp right before the Games. But regardless of where he trains, Dancer says he’s doing everything he can to finally win the gold.

“I’m literally just doing everything as perfectly as possible with all of my nutrition. Make sure I’m keeping it clean, make sure I’m eating enough, going to bed on time, every single night without exception, drinking enough water and not making up excuses.”